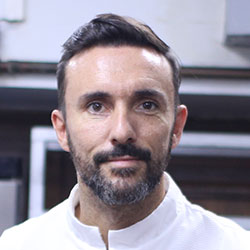 David Montero known as @Ricepaella , is one of the world ambassadors of paella, his passion for Valencian cuisine leads him to travel around the world to show a dish as insignia as is the Valencian Paella. He is also known as the transgressor of rice dishes and is the author of the book Paella Lovers. Awarded with the First Prize of the Valencian Community in the 58th edition of the paella contest in Sueca.

Agenda Digital & Marketing
Get last news from HIP!
Subscribe to newsletter
Be the first to know all news, offers, agenda, speakers and expositors from HIP.