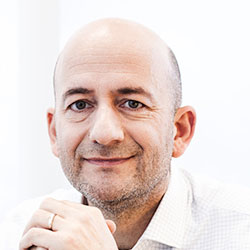 Italian by origin, from an entrepreneurial family. Starting at IKEA as a coworker in a store in Italy, in Milan. 4 years later came Rome as store manager, then Barcelona, an adventure of almost 9 years in which we took the store to be awarded as the best IKEA store in the world. A stint in the Netherlands in the IKEA franchise company led me to be responsible for the implementation of the concept globally. For the last 3 years I have been regional manager at IKEA Spain.

New Concepts
Get last news from HIP!
Subscribe to newsletter
Be the first to know all news, offers, agenda, speakers and expositors from HIP.