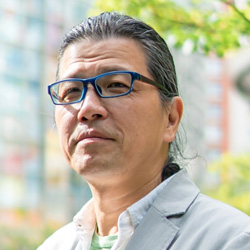 Born and brought up in Japan, Hitoshi always has been a tech-savvy food/cooking lover. He is a partner of Scrum Ventures in SF and is also co-founder of Smart Kitchen Summit Japan.
After Bain and Apple marketing, he spent one year in France as a househusband supporting his wife’s MBA. Moved to Silicon Valley and co-found a streaming company raising $12M. Served as Chairman for Evernote Japan where his nickname was Chief Food Officer.
Awarded as “100 people who will create the next era” by Nikkei

Gastronomy Startup Forum
Get last news from HIP!
Subscribe to newsletter
Be the first to know all news, offers, agenda, speakers and expositors from HIP.